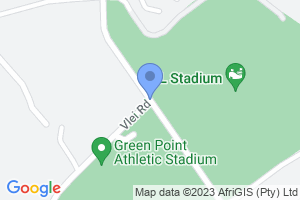 The festival is happening at the Greenpoint Cricket Club on 19th and 20th March and the concert kicks off on the 20th at 6:30pm.

The music line-up is a real treat for Capetonians who don’t often have the opportunity to see Mango Groove play live. An 11-piece Afropop band, Mango Groove has had more than twelve number-one hits including ‘Dance some more’, ‘Hellfire’, ‘Special Star’ and ‘Moments Away’. They recently released their first single in six years ‘Faces to the Sun’.

Jimmy Nevis needs no introduction, born and raised in Cape Town, his music has been dominating the airwaves for the last couple of years, including hits such as ‘7764’, ‘Jericho’ and ‘Heartboxing’.

The Kiffness makes jazzy, groovy and uplifting house music and are fast becoming one of South Africa’s favourite live electronic acts. ‘Where Are You Going?’ and ‘Find A Way’ are two of their most successful singles to date and the band was included in the iTunes list of “New Artists for 2014” to watch out for.

Singer-songwriter and ex-front man of SA band Plush, Rory Elliot completes the line-up for Sunday night.
Festival goers can take full advantage of the last days of the Cape Town summer season, watching two days of cricket, enjoying some great live music, participating in a host of other activities happening at the festival and sampling food from every stall in the food village. Comedienne and radio personality Dalin Oliver, will be the MC for the weekend and will be playing in one of the league teams.

The Cape Town Sixes Festival will showcase the City’s famous flair for fun, entertainment and community spirit with a Food of Nations Village featuring cuisine from the world’s great cricketing countries, a ‘Bigger Than Me’ precinct that highlights social development projects that are improving quality of life in Cape Town and a safe, friendly kids and family zone and the of course the live music to end of each day.

Get your tickets now at www.capetownsixesfestival.com