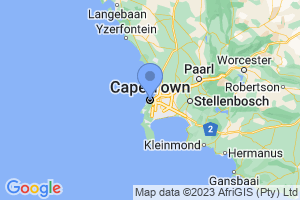 What better way to spend a couple of hours on a Sunday than playing fives football and raising money to help Big Issue vendors change their lives?

At Fives Futbol at Century City

What better way to spend a couple of hours on a Sunday than playing fives football and raising money to help Big Issue vendors change their lives?

The Big Issue and the Fair Cape Cares Trust have teamed up to raise money for education and training bursaries for Big Issue vendors.
“Every year, we raise funds for the further education of some of our vendors,” said Derek Carelse, acting MD of the Big Issue. “The Big Issue is a hand up, not a hand out, and this is one area where you can really see that core principle of who we are in action.
“When the Fair Cape Cares Trust offered to host a Five-a-Side tournament to raise funds for us, we jumped at the chance,” he said.

“It is such a great way to raise the R50 000 we need for our Social Development Bursary Fund. We’ll be entering a vendors’ team, and we really encourage companies and individuals to also enter. Our slogan is “change is in your pocket” and now change can be in your soccer boots too.”

With R10 000 prize money going to the winning team, the competition between the 32 teams is sure to be fierce. The competition will run on a ‘world cup’ format, with eight groups of four teams. The winning team from each group will go through to the next round until the last team standing will collect its prize.

“It’s highly competitive, but lots of fun,” said Louis Loubser, Chief Marketing Officer at Fair Cape Dairies. “With only 10 minutes per game, this is a sport that can be enjoyed by all, so it is a perfect opportunity for companies, families or friends to enter.”
The heart of The Big Issue operation is the Social Development Department which offer self-employed vendors and their families access to guidance counselling and social support services. The Vendor Training and Development programme aims to equip vendors to move on into the formal job market through life and job skills training, and the money raised from the Big Five a Side will be used for this purpose.

All funds raised will be independently audited.

To enter, just fill in the entry form at http://www.faircapedairies.co.za/enter
For more information, contact Jessica Miller at jessica@hippocommunications.com or call 021 554 6270.