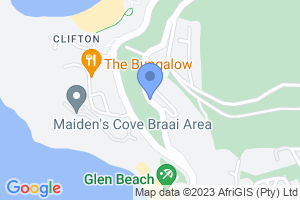 Fans interested in attending should register at http://www.bpllive.com/ or by dialling *134*275#. Entry will be granted on a first come, first served basis, but all fans must register before entering

BPL Live will take place at Camps Bay High School on the 19th and 20th March 2016. It will be free, interactive experience designed for the entire family to enjoy. The park will be open from 12h00 each day and will close shortly after the matches finish.

Fans interested in attending should register at http://www.bpllive.com/ or by dialling *134*275#. Entry will be granted on a first come, first served basis, but all fans must register before entering.

To help get fans to the free event, a free park and ride facility will run from the Grand Parade, Mitchells Plain and Khayelitsha on a loop system to Camps Bay High School.

South African fans can keep up with the latest developments about Barclays Premier League Live at the website www.bpllive.com and from Twitter updates via @premierleague and #BPLlive.

Two of South Africa’s greatest Premier League players, Quinton Fortune and Lucas Radebe, will join other Barclays Premier League legends like Peter Schmeichel, Robbie Fowler and Shaun Goater in giving fans the opportunity to rub shoulders with some of their heroes.

All of the action will be overseen by John Dykes, the lead presenter for Super Sports’ coverage of the Premier League, who will be on stage, providing insight into all of the weekend’s exciting match-ups including Everton v Arsenal on Saturday 14:45 and Sunday’s grand finale, the Manchester derby at 18:00.

Premier League presenter, John Dykes, said: “BPL Live is all about bringing the electrifying atmosphere of a Premier League match to our international fans. The first ever BPL Live in Johannesburg reminded us just how passionate South African fans are about the Premier League. I can’t wait to see that the enthusiasm the Cape Town fans will bring to the park now that they're getting their chance.”

As part of the Premier League’s commitment to inspiring sport participation in communities around the world, there will be a Premier Skills community coaching course run the week leading up to BPL Live at Grootbos Football Foundation. Premier Skills has already trained nearly 200 football coaches and referees in South Africa who have in turn engaged over 12,000 young people. Barclays and the Premier League will also host a BPL Live Community Day with local partners.

Notes to editors:
Activities that fans can take part in include:
• The Live Match Zone – the main arena where fans will watch the live Barclays Premier League matches on a giant 118-square-metre screen, the largest BPL Live screen to date.
• The Trophy Zone – fans will be able to get up close to the Barclays Premier League Trophy.
• The Screening Zone – supporters will experience the noise and excitement of a matchday before learning all about the winning teams and captains of the Premier League in this exclusive film.
• The Pitch Zone – there will be a mini-football pitch where Barclays Premier League clubs will be conducting skills sessions with local football teams, and there will also be the chance for fans to have a game of football run by Premier League community coaches and Legends.
• The Skills Zone – there are three football skills pods for supporters to test their accuracy, close control and shooting power.
• The Signing Zone – fans can get autographs and photos with their favourite Legends.
• Club and Partner Zones – Premier League Clubs and official Partners, including Super Sports, will be present at the fan park with interactive games, Club mascots and memorabilia.
• Official Names and Numbers – fans can officially have their favourite player’s name and number printed on the back of any Premier League shirt they bring to the Names and Numbers tent.
Match schedule (SAST):
Saturday 19 March
14:45 Everton v Arsenal
17:00 Chelsea v West Ham
Crystal Palace v Leicester City
Southampton v Liverpool*
Tottenham Hotspur v AFC Bournemouth*
Watford v Stoke City
West Bromwich Albion v Norwich City
19:45 Swansea City v Aston Villa